Some states and camping grounds restrict individuals from dumping grey water into the ground. But in other places, doing so isn’t illegal. For instance, Montana does not allow the dumping of any grey water. But in Arizona, you can dump wastewater on some BLM land.

The subject of grey water stirs a lot of arguments. However, if you are a regular camper, you should educate yourself on this topic to avoid legal issues.

When we toss dishwater outside our camping ground, we often don’t think about any implications. After all, it is just water, right? So we have formed a habit of damping any water on the ground without thinking about the impact it could have on the environment.

It is essential that we understand the effects grey water has on the ground to handle it properly. However, this is a bit personal since not all states restrict the dumping of grey water on the ground. Some locations treat grey water like black water. Thus, individuals can dump it anyhow they feel.

What Is Grey Water Anyway?

Well, people have different viewpoints on what they regard as “grey water.” Some argue that it is water that’s not run through the toilet. But toilet water is very different and requires extra caution when handling it.

Many states and campgrounds, however, label water that comes in contact with food as black water. That’s probably because of the chemicals in the water or the germs in the food.

Generally, grey water is domestic water that doesn’t come from the toilet. As such, wastewater from your showers, bathroom sinks, kitchen sinks, and washing machines is considered grey water.

Many homeowners tend to divert grey water into their lawns and gardens. You can choose where to divert this water, depending on how your home is set up. However, in an RV or motorhome, you don’t have much of a choice to do that.

What Are the Impacts of Grey Water on the Environment?

Therefore, when we dump this water to the ground, we also dump the chemicals the water has soaked from soaps, shampoos, face washes, etc., and bits of food that have chemicals. So what does this mean?

Let us look at the effects this water has on:

Grey water contains chemicals and other substances that can affect the soil when it comes in contact. But the exact effect and the extent it will have will depend on the types of chemicals and their amounts. Generally, grey water can:

Grey water can also adversely affect water sources like rivers, lakes, and ponds, among others. This is why individuals are advised to ensure that there are no natural water sources nearby if they’re planning to dump grey water on the ground.

Note that if grey water reaches these water bodies, it can promote an algae bloom. This means that algae will grow and overtake the water body.

At the first glance, this may not seem like anything to worry about. However, with time, it will start to change the ecosystem’s natural balance. As such, it could kill fish and other living organisms in that area.

Worse, is that some algae type is very dangerous to humans and reports about people dying of ingesting these types have been recorded. Generally, when you see the presence of algae in a river, lake, etc., avoid swimming in it as it could be hazardous. Preventing algae bloom is crucial in keeping the ecosystem balanced.

Also, note that grey water doesn’t stay grey for long. No matter where it is stored, it will turn into black water within a few hours, especially if there’s a lot of heat. That’s because of the presence of bacteria that starts in low concentration but multiply quickly in warm and confined areas.

Plus, some organic materials like food scraps and hair also carry their own bacteria and act as food to these organisms. With time, the water will start producing an unbearable smell.

The question of legality depends on the state. Some states allow individuals to dump grey water on the ground as long as they’ve taken the needed precautions. But, other states treat grey water like black water.

Therefore, if you are planning a camping trip, make sure that you understand the rules in your state first to avoid legal issues. Also, read the rules of your specific campground since they vary in different campgrounds.

But, let’s look at Federal BLM Rules. BLM land is owned by the federal in many states and doesn’t have strict rules and regulations. The federal regulations do not explicitly prohibit the dumping of grey water. So BLM land can allow individuals to dump shower water. However, don’t be too quick to do this as your local state or park may rule otherwise.

Rules for Dumping Grey Water in the Popular Camping States

Some states are popular camping grounds than others. What’s important to remember is that the rules and even the definition of grey water vary wildly in different states. Let’s, however, look at some general rules in states that are popular camping sites:

Here, kitchen sink water is viewed as black water. Thus, you can’t dump it into the ground. But, grey water from bathroom showers and sinks can be tossed on BLM so long as it’s not a hazard or nuisance and it can’t find its way to an aquifer.

This state also considers kitchen sink water as black water. Dumping grey water in Colorado parks is prohibited. But, there are rules allowing dishwashing and bathing water to be disposed of as sewage in recreation areas and campgrounds. Read the department health in Colorado to learn more.

As the above states, it views kitchen sink water as black water. The use of grey water is generally permitted here. But there are certain restrictions like individuals cannot dump grey water in drip irrigation.

What Is the Difference Between Grey Water and Black Water?

Grey water is said to be a bit safer than black water, even when dumped on the ground. Black water is what runs through the toilet, but in many states, it also includes kitchen water. You shouldn’t dump black water into the ground because it contains many germs and other agents that can cause diseases. However, this isn’t always the case with grey water, except that kitchen water.

Some people will argue that grey water contains as many germs as black water. However, this won’t apply to bathing and laundry water, most times. But any water that comes in contact with food can develop many germs. That means, it can be as harmful as black water.

How to Dispose of Grey Water

Most campgrounds tell campers about the rules for disposing of grey water. Plus, they often have damping stations where you can toss it. So make sure that you learn the rules of that specific campground as they may vary.

But if you are staying in a campground that allows the dumping of grey water, you may want to take the necessary precautions first. If the water has food bits, ensure that you separate the two since there could be chemicals present. Note that if animals eat these food bits, they could become sick, as they might contain chemicals got from washing the dishes with soap. You can also consider storing your grey water in a tank or a bucket, or any other container.

RVing with Pets: 10 Things You Need to Know

Why Does My RV Toilet Bubble When I Flush? 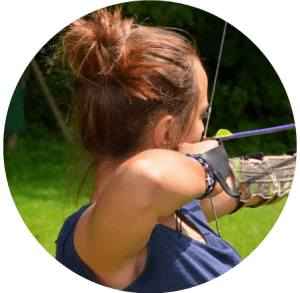