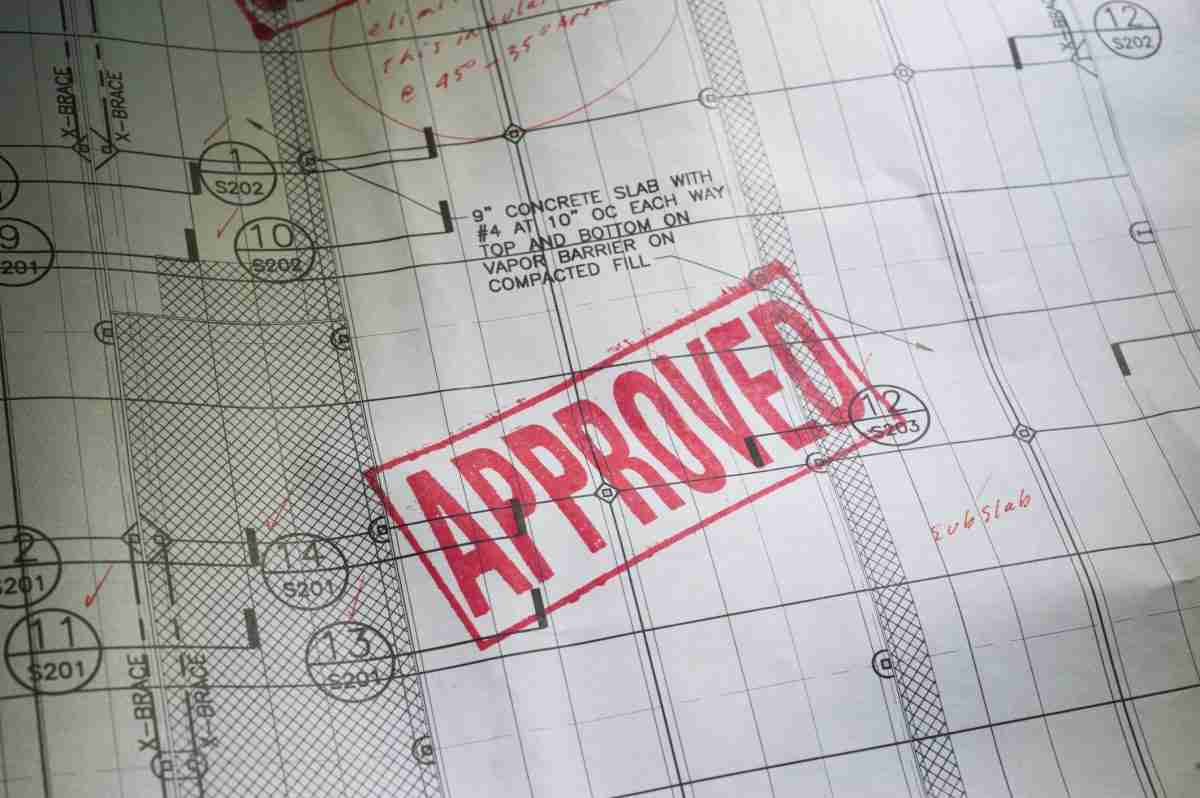 Do You Need a Permit for a Tiny House?

The trend toward tiny houses has become one of the newest social movements. Downsizing to a tiny house is the ultimate minimalist dream – a chance to live closer to nature, to cut down on expenses, and to enjoy the option of moving home as often as you want.

Before you build or buy your cute tiny house, it’s important to remember that these constructions still occupy a grey zone as they are still new in the eyes of the law. Unfortunately, many states still don’t have specific regulations for tiny houses.

Tiny houses require permits in most states. Just like any other home, these constructions have regulations, rules, and codes that need to be followed. Depending on several factors, including its size and the location, a permit for a tiny house may or may not be required.

Let’s go over what you need to know to make sure your tiny house isn’t an outlaw.

Can I put a tiny house in my backyard?

Whether or not you can build or park a tiny house in your backyard depends on your local regulations. In most cases, it’s perfectly fine to do so. If you live in the wilderness or an unincorporated area, or perhaps a state heavy on property rights, then you may be given a free hand to put your tiny house there.

If you already own the property, then you should have an easier time taking on this project. In some areas, the laws for adding a second residence to a lot have relaxed quite a bit because of the growing population in that area.

If your tiny home will be a permanent part of the property, you will most likely need to submit the plans to your city for approval, obtain building permits, have inspections, and apply for connections to the city services for water, electricity, gas, and so on. Some jurisdictions may also require you to have some work done by licensed, bonded contractors.

Make sure to study your town’s zoning laws and any neighborhood restrictions about the sizes of outbuildings. Don’t start building your tiny home until you’re given the green light.

Some areas are more tiny home-friendly than others, but so keep in mind that zoning regulations and laws also vary by city or town. That being said, here are some states where the tiny home movement is flourishing:

Here’s what they’ve been doing:

In 2014, Decatur adopted a Unified Development Ordinance that does not require an accessory dwelling unit to have minimum square footage. In Atlanta, guest houses are allowed in all R-1 through R-5 zoning districts. However, there are a few restrictions when it comes to “guest houses,” so you will need to look into those.

The state is one of the first to include modular, manufactured, RV, and tiny homes in the same reference document. A minimum of 150 square feet is required for both site-built and modular constructions. While there are a number of strict regulations to abide by, Idaho remains one of the friendliest tiny home states.

The state was one of the first to adopt construction guidelines for tiny houses, defining them as residences less than 400 square feet. If you want to build on a permanent foundation, you need to comply with the Maine Uniform Building and Energy Code. Camping in a tiny house is allowed in North Yarmouth, but just as long as you follow a few rules.

Owning a tiny house on a foundation (or an accessory dwelling unit) is generally allowed in the cities and towns of Massachusetts. The same cannot be said for tiny houses on wheels, which have not been clearly defined yet. However, you can camp in an RV park as long as it’s not for an extended period of time.

The state of Michigan is working on becoming a more welcoming place for tiny house enthusiasts too. Briley Township in Northern Michigan, for example, has defined an “Economy Efficient Dwelling.” The dwelling should measure more than 240 square feet and must be placed on a foundation.

New Hampshire is yet another state that passed a law to allow accessory dwelling units. New Hampshire is another great option for tiny homeowners, especially considering there are several towns that do not have zoning laws. These places include Alexandria, Ellsworth, Haverhill, Woodstock, Lempster, among others.

In 2018, the New Mexico State Construction Industries Division adopted the Tiny House Appendix, making the state one of the few to have a statewide regulation around tiny homes. Converting a tiny house on wheels into a legal dwelling is possible.

Tiny living is widely supported in Texas, both in big cities and small towns. Regulations and codes vary by location. In Austin, for example, you can build a tiny house of any size as long as it has a foundation. Tiny houses on wheels are regarded as RVs and are treated as such.

Do you need a qualification to build a tiny house?

Once you’ve decided you want a tiny house, the next big question is “Can I build it myself?”

After all, we often hear about people who managed to build their homes despite having little construction experience. Building a tiny house with your own hands can save you a lot of money, indeed. You will also learn new skills and your design will be 100% unique.

However, if you’ve never built a tiny home before, you can’t exactly say you know what you’re doing. You could end up making costly or time-consuming mistakes. More importantly, you might be putting yourself at risk for injuries. Unless you are a skilled carpenter, you should consider hiring at least one professional to help you with the project.

Alternatively, you can purchase a tiny house shell or kit, which simplifies things.

Tiny houses are not technically “illegal,” it’s just that the trending homes you see online don’t usually meet all of the requirements and regulations in place in the US. Most of the issues tiny house owners run into are due to things like zoning ordinances or building codes.

Unfortunately, those codes were not written with tiny houses in mind because this is a fairly new movement.

Tiny homes enter into a legal grey area, but as we can see from above, several jurisdictions have become more tiny home friendly over the years to accommodate this new type of dwelling. The height, foundation or lack thereof, wheels, trailer, and even hookups can determine whether or not your tiny house is a legal residency or a place in which you can’t live full time.

Local county clerks and construction companies can help you figure out if your dream tiny house meets the local standards, codes, and requirements. In the end, it all depends on the local government, so make sure to gather your information from official sources.

What’s the biggest a tiny house can be?

While you can build a tiny house as small or big as you want, if you want to live in it legally, you need to comply with the local laws. Generally, tiny houses don’t exceed 400 square feet.

Tiny houses on wheels are small because you need to be able to tow them. But if you build your tiny house on a permanent foundation you can go bigger.

Jefferson County in West Virginia permits accessory dwelling units that are a maximum of 1,700 square feet. Williston in Vermont allows tiny houses to have as much as 1,500 square feet, so you can go big. But then it wouldn’t be a tiny house, would it?

Can I build a tiny house without a permit?

When it comes to tiny homes, you need to make sure that the procedure is legal. It is absolutely necessary to comply with your local building codes and ordinances. If these regulations seem confusing to you, discuss them with a contractor who is familiar with the applicable building code. Tiny houses have their complications, but an expert can help avoid pitfalls.

You could also seek out other tiny house owners in your area since they are likely (and hopefully) familiar with the applicable building code.

What happens if I build a tiny house without a permit?

When building your tiny house, it is paramount that you comply with all building and zoning codes. Building a tiny house without a permit can come with hefty costs and serious risks. You could also end losing your house. If you are not sure of your legal obligations, contact a land-use attorney in your jurisdiction.

Tiny houses are small but they’re all the hype these days. It’s understandable, as more and more people are drawn to minimalist aesthetics. People are choosing to downsize the space and live with less.

This sounds good on paper, you do need to remember that these constructions have regulations, rules, and codes that need to be followed. You will have to take all the same steps to build your tiny house as you would with building any other dwelling.

previousWhat Size Septic Tank Do I Need For a Tiny House? (2022 Guide)
nextWhat is a Skoolie?